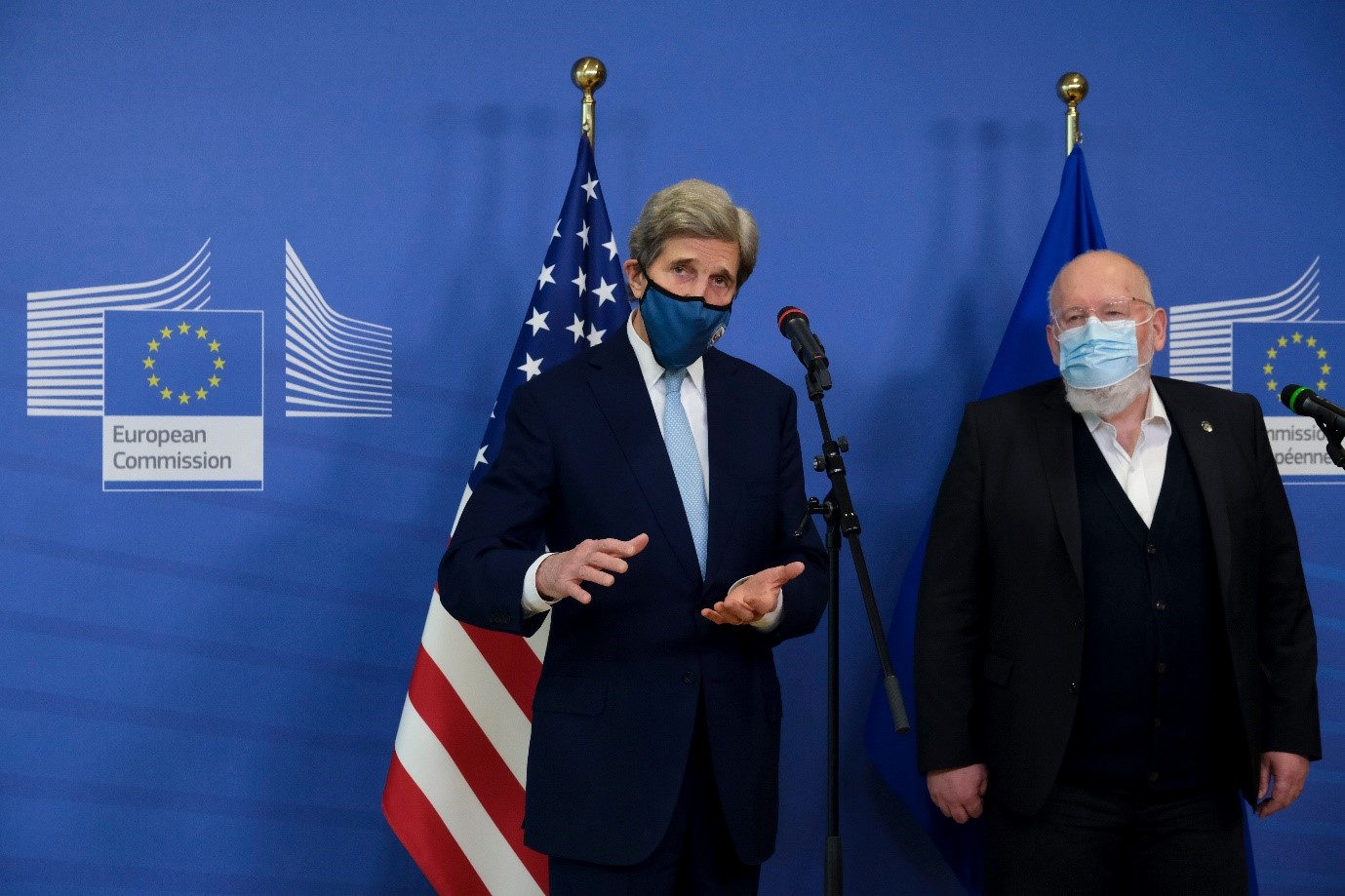 The United States government is renewing efforts to combat the climate crisis, amid fears of irreversible disaster if sufficient action is not taken.

Following the previous administration’s withdrawal from the 2016 Paris Agreement, Washington aims to show greater climate-awareness, notably by re-joining the agreement.

This has bolstered European Union hopes of improving US relations, after four years of climate hostility between the former Trump administration in Washington and its Brussels counterparts.

US Climate Envoy John Kerry has even implied that the Paris treaty might not go far enough, explaining that global warming would continue even if everybody applied the terms of the agreement, a point to be addressed by a US-hosted meeting of nations in April to raise ambitions ahead of the November UN climate summit in Glasgow, Scotland.

"This is the moment for countries, common sense, people, to come together and get the job done," said Kerry, adding: "This decade 2020 to 2030 must be the decade of action.”

European Commission president Ursula von der Leyen was delighted to find an ally in the United States once again: "It's wonderful to have a good friend back in the EU and it is wonderful to know that we have a friend again in the White House," she said of Kerry.

Both the US and EU are banking on new technologies and innovation to help cut urban emissions, where nearly 75% of global primary energy supply is consumed. Understanding patterns here may help to address challenges to sustainability and energy security.

However, urban energy analyses are severely limited by lack of data. It is virtually non-existent in developing countries yet current projections suggest that new urban growth is bound to occur in these data-starved regions.

A solution to the issue of low levels of data aggregation and analyses in urban areas is Cityzenith’s newly released SmartWorldOS Digital Twin technology, which can aggregate, integrate, analyze, and visualize all urban development and infrastructure and manage climate-friendly low emission actions and projects.

Earlier SmartWorld versions have been involved in the planning for the new Orlando Sports and Entertainment District, home of the Orlando Magic basketball team, the $6.5 billion greenfield smart regional capital city of Amaravati, India, as well as many other urban development projects around the world.

And Cityzenith CEO Michael Jansen backed the US Climate Envoy’s message: “This significant repositioning by the US underlines that we have reached a tipping point in the march towards fossil fuel independence. The world's cities produce 70+% of all the world's carbon emissions and must be ground zero for the climate resilience battle, creating a new market for cutting edge decarbonization technologies that perhaps many of us never thought possible.

“The most essential of all of those technologies is Digital Twins. A recent study predicted that by 2025, 500 major world cities will rely on Digital Twin technology to integrate and optimize a multitude of common city functions. I believe this trend will be driven principally by the need to reconfigure cities everywhere as a platform to support and catalyze the development of local, liveable zero-carbon economies as nations tackle climate change.

“And this is why Cityzenith launched its ‘Clean Cities - Clean Future’ initiative late last year, pledging to donate its SmartWorldPro Digital Twin software to 10 major cities dedicated to addressing Climate Change - we will announce the first project in the next few months.”