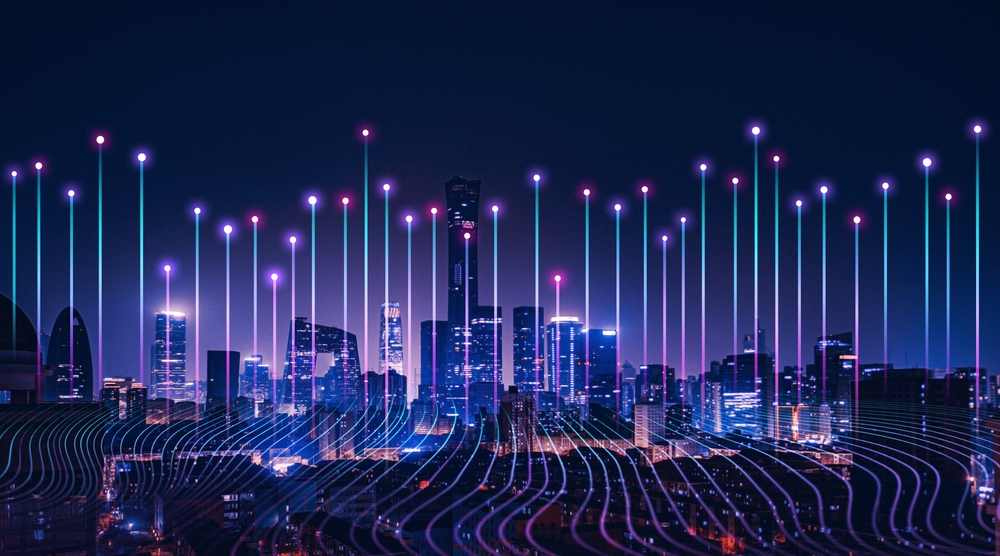 Digital Twins are forecast to form the essential building blocks of a Metaverse which connects the physical world with the virtual, enabling optimal urban decarbonization throughout a crucial decade in the Race to Zero.

The current energy squeeze made worse by the tragic events in Europe is accelerating this need for decarbonization and a new approach to managing and driving down the consumption and cost of power.

This is the basis for a major project to develop an international real-world Metaverse by slashing carbon emissions within buildings using Digital Twin technology while allowing major building asset owners to trade carbon offsets/rewards via a green building tradable digital asset.

ABI Research forecast Digital Twins for urban planning to yield $280bn in cost savings by 2030, while Ernst and Young has reported Digital Twins can reduce carbon emissions in urban areas by 50-100%, cut operating costs for building asset owners by 35% and boost productivity by 20%.

The Metaverse, forecast by Bloomberg to become an $800bn market opportunity, is labelled the next evolution of the internet, providing an equivalent virtual world that coexists alongside our physical reality.

Early examples of this have come from Facebook and Epic Games, which have developed virtual spaces where users can live, work, and play together, attracting over 350million users already.

According to Michael Jansen, CEO of Cityzenith, Digital Twins are the missing link needed to connect the physical world with the virtual while creating a seamless rewards-based ecosystem that delivers on the decarbonization goals within our urban spaces.

Jansen said: "A Metaverse is currently a virtual world, but as of yet, the physical and virtual worlds are not connected through a real-world Metaverse for decarbonization.

"Through Digital Twins linking data gathered through sensors in the physical world, measurements and information can be applied to and replicated in our real-world Metaverse, which we can then use to track, simulate and monitor the physical world.

"This has huge applications for oil and gas, energy transition, buildings and infrastructure, but where we see a Digital Twin based Metaverse having most success is within decarbonization.

"Cityzenith’s decarbonization based Metaverse will host vast amounts of data gathered on carbon emissions from cities, urban areas, and even individual buildings to provide optimally accurate data on where emissions can be reduced and limited. This is crucial considering cities contribute to 60% of greenhouse gas emissions while consuming 78% of the world's primary energy.

"We are building out a ground-breaking carbon offset project to monitor and protect regions like the Amazon rainforest – often called the 'Lungs of the World' – using Digital Twins, to enable the forest's vital CO2 cleansing to be maintained and harnessed by countries like Brazil as a carbon asset rather than be further cut down for agriculture and other uses.

"Decarbonization of the built environment is a key metric for Digital Twin technology, and its ability to link financial incentives like carbon credits will massively accelerate take up from building asset owners as there is no upfront investment.

"In fact, Cityzenith's model is self-financing, and we are building our SmartWorldOS platform so that we can create the world's first green building digitally tradeable asset using blockchain technology that is directly linked to a carbon rewards program.

"It means we can create a truly circular economy through the power of Digital Twins –this is where the real world connects the virtual world via our Digital Twin platform, creating the very foundations for an urban Metaverse."

Former Brazilian ambassador and diplomat Arnildo Schildt recently led a COP26 delegation and agreed that decarbonization of urban spaces and infrastructure linked to Brazil's farmers and forestry associations, governments, the UN, international banks, academics, and industry partners as well as investors is the ideal model and welcomes the chance to collaborate with Cityzenith's Digital Twin platform:

"We have been working to harness a 'dynamic duo' - highly advanced nanosensors and Digital Twin technology - to monitor density, height and emissions and protect the rainforest in real-time whilst allowing building asset owners to trade carbon credits/offsets internationally and reward our farmers for their support.

Cityzenith's view is backed by David Weir-Macall of Epic Games, who fully understands that any current gaming Metaverse only provides a 'beta' version of what the innovation can be if built upon Digital Twin technology:

"The Metaverse is this digital world that lives alongside our physical one and allows us to live, work and play alongside each other, and Digital Twins are the foundations that we will build the Metaverse on."

Cityzenith is holding a major event ‘Localised Net Zero – Decarbonising the Built Environment’ in collaboration with the World Economic Forum - with which it is a WEF Top 100 partner - on Tuesday 15th March at 1pm CT.