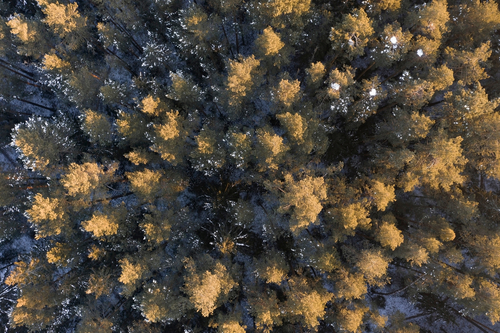 A report from Fortune Business Insights says the global Digital Twin market size is projected to grow from $6.75 billion in 2021 to $96.49 billion by 2029, exhibiting a CAGR of 40.6% during this forecast period.

Just some of many bullish forecasts, they also follow Digital Twins being named by the Vector Innovation Fund – an investment vehicle for global technology companies – as one of ‘The Top Five Tech Growth Sectors’ for the next five years, alongside Nanotechnology, AI, Biotechnology and Genomics.

Soaring demand is driven by Digital Twin’s ability to speed and support new product development and innovation, further accelerated by the race to decarbonise.

Digital Twins can be used to adapt or construct buildings and even whole urban infrastructures and cities to drive down carbon emissions, while boosting economic efficiency.

Digital Twin leaders Cityzenith has formed partnerships with major cities, including New York, Las Vegas, and Phoenix as part of its pioneering ‘Clean Cities – Clean Future’ initiative and plans to implement this to over 500 cities in the next five years.

Ernst and Young also reported Digital Twins can reduce carbon emissions in urban areas by between 50% and 100%, reduce operating costs for building asset owners by 35% and boost productivity by 20%.

“These reports highlight how we are continually finding new Digital Twin applications, the latest of which is the adoption of carbon offsets, rewards or credits which our unique SmartWorldOS technology platform can connect.

“I’ve used my experience as a seasoned architect and entrepreneur to harness the power of Cityzenith’s SmartWorldOS Digital Twin platform to allow building asset owners to monetise their assets, as well as their carbon footprint while massively reducing operating costs and increasing productivity.

“But almost month by month, we have scaled that capability to include city blocks, then districts, urban infrastructures and even whole cities – from below ground to the skies above.

“We are building out a ground-breaking carbon offset project to monitor and protect the Amazon rainforest – often called the ‘Lungs of the World’ – using Digital Twins, to enable the forest’s vital CO2 cleansing to be maintained and harnessed by countries like Brazil as a carbon asset rather than be further cut down for agriculture and other uses.

“Decarbonisation of the built environment is a key metric for Digital Twin technology and its ability to link financial incentives like carbon credits will massively accelerate take up from building asset owners.

“It means we can create a truly circular economy through the power of Digital Twins – This is where the real world connects the virtual world via our Digital Twin platform, creating the very foundations for an urban metaverse.

“We are seeing incentivisation, particularly in US cities, to drive down carbon emissions and we will be advising building owners and city planners how they can turn the challenge of decarbonisation of buildings into a net gain.”

Jansen added that Cityzenith is also being linked to several new energy projects as Digital Twins can aid transition towards renewable energy and net-zero emissions.

*Cityzenith is holding a major event ‘Localised Net Zero – Decarbonising the Built Environment’ in collaboration with the World Economic Forum - with which it is a WEF Top 100 partner - on Tuesday 1 March at 1pm CT.