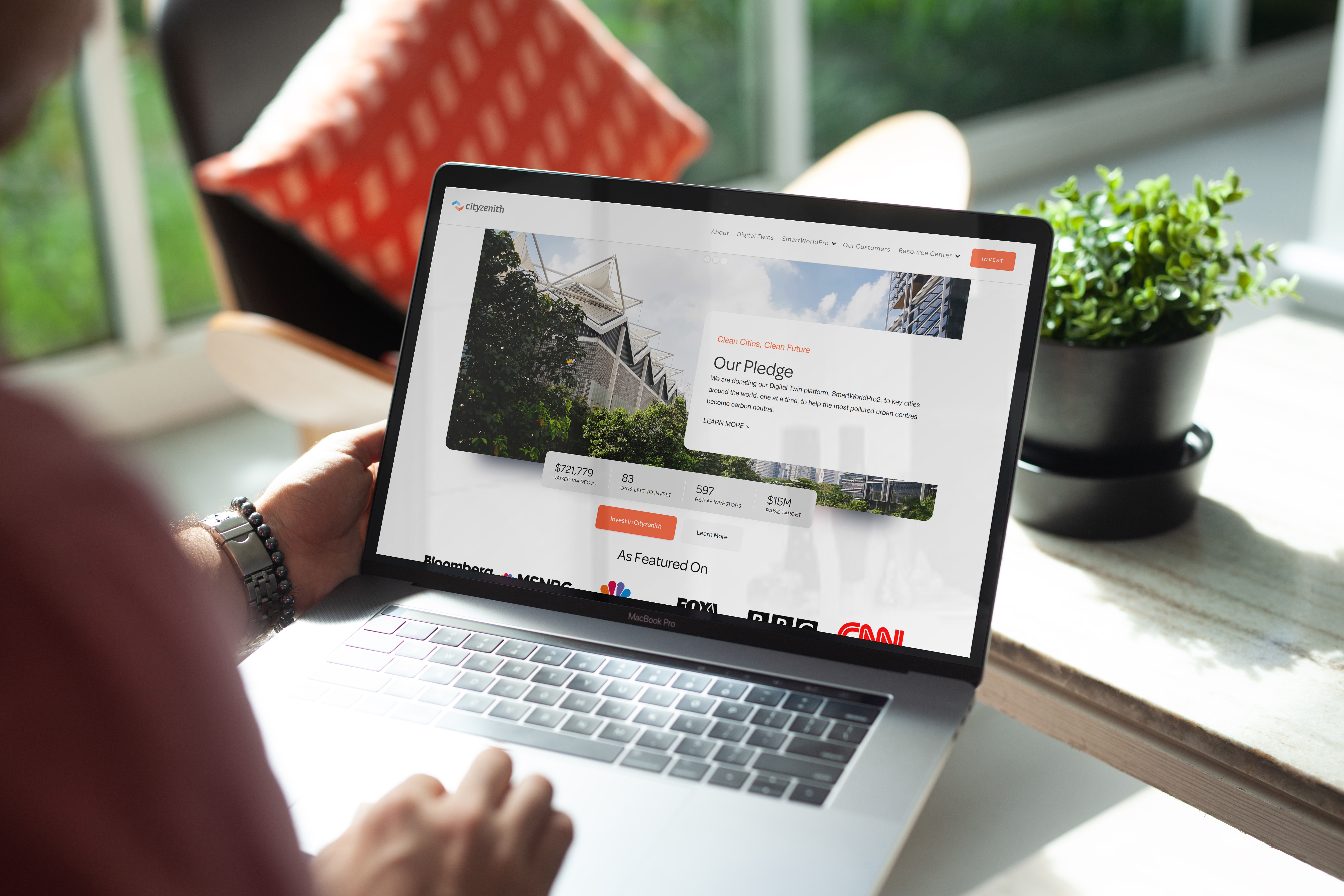 Cityzenith’s new investment platform makes it easier than ever for investors to learn about and buy shares in the company online. As part of the launch of this platform, the company offered a one time early bird promotion to take part in the first close raise, and we are really pleased and thankful that within just a few days over half of this opportunity has been taken up.

Look on the website for the running totals on this early bird promotion and our full Regulation A+ investment raise total over the last six months.

It is so pleasing us to see our 4000+ investors supporting the company in so many ways, and we look forward to continued success for our community into 2021, with some major announcements to follow.

The Digital Twin and Smart City markets are set to explode in the next few years. Cityzenith have established themselves an emerging leader in both markets. Digital Twin software is already revolutionizing industries such as Energy, Healthcare, Cleantech, Architecture, Aerospace, Defence, and Automotive & Transportation.

According to a recent Markets & Markets report, the Digital Twin market will grow from $3.1 billion in 2020, to $48.2 billion per year by 2026, at a CAGR of 58%. Cityzenith has emerged as an early leader of the pack, and in June was named a Top 10 Digital Twin Provider of 2020 by Manufacturing Technology Insights.

Smart Cities are projected to create business opportunities worth $2.46 Trillion by 2025, says a recent Frost & Sullivan report, with these cities predicted to be spending $327 billion on technology by 2025. Recent high-profile Cityzenith Smart City contract wins include the Norman Foster-designed new capital city of Amravati in India, and the Orlando Sports + Entertainment District in Orlando, Florida.

Cityzenith’s SmartWorldPro2 Digital Twin software, turbocharged by AI, has matured into a powerful and vital aid to building owners, infrastructure operators, and city agencies as they seek to lower carbon emissions. Currently the world’s most polluting cities generate 76% of all global carbon emissions, and just the buildings in those cities comprise 40%-70% of that figure. The company has pledged through its Clean Cities-Clean Future initiative and plan to help reverse this trend.

Since inception Cityzenith has already secured over $8m in investment, $1.9m of that has been raised in just over 12 months from over 4,000 crowdfunding investors on Republic and StartEngine.

Cityzenith CEO, Michael Jansen “We are delighted to launch our own online investment platform to meet our growing investor community needs. Following on from our recent contract wins, global awards, and the launch of our ‘Clean Cities, Clean Future’ campaign, we believe that with the launch of our investment platform we’ve reached another key strategic milestone in our journey to disrupt the global building and energy industries and help cities fight climate change with our powerful AI-technology.”

As part of the campaign, Jansen has committed to donating Cityzenith’s Digital Twin platform, SmartWorldPro2, to key cities around the world, one at a time, to help the most polluted urban centres become carbon neutral.

Cityzenith already has major commercial customers including Epic Games, Cushman and Wakefield, WS Atkins, and a prominent US Government defense department, among many others. The Smart Cities and Digital Twin specialists also recently announced that their technology will be used to help plan the development and management of several new Smart Cities in New Mexico powered entirely be renewables as that state transitions to a carbon neutral future.